Gowri Shankar Co-Founded Aspire Systems along with a large founding team of 6 people. The CoFounders were a combination of people who studied with him or having worked with him in the past. But over the initial few years, a few founders left and the core founding team now are Shankar Krishnamoorthy and Bhoovarahan Thirumalai, along with Gowri.

This was in the early 2000’s and the passion to build a business was always there among the three of them. Gowri is a Mechanical engineer and went to the US to do his Masters in Industrial Engineering and worked for 3 years in Production and in Manufacturing engineering before starting Aspire Systems. He chose to do something in software because he had a deep interest in software right from his final year and also did quite a few software courses.

He began Aspire systems as Industrial Engineering simulation software distribution and consulting which was a logical step but realized that this business cannot scale beyond the INR 1 Crore they made after a few years and wanted to diversify. In the meantime, some of his friends gave him some software development work and they began dabbling in product development. Since this business seem to be having scale, they decided to pivot from the distribution business and began focussing on software engineering and development. This was a conscious call they took after few years of selling computer simulation software which did not meet their ambitions and goals. The software development market was a little crowded that time and they wanted to get into a space that did not have much of competition in order to differentiate themselves.

They thought long and hard on how to differentiate themselves from the large players like Infosys, TCS, CTS etc and they found out that software engineering for the product companies was an untapped market. They found that the large players were only focussed on Verticals/Industries and not on the Technology companies and they created a concept called OPD(Outsourced Product Development) and came up with a methodology called Producteering and went after that segment.

They started by reaching out their known circles got some contracts of website development for their customers because the web development was a big need in those days and they leveraged on that. Once the small deal of the website development happened and the trust began building in the customer, they began getting outsourced product development work and after the initial momentum, they never looked back Since they were bootstrapped an did not have too much of funds, they used the remote sales model pretty well and they began reaching out to the prospective customers in the US and began selling through email and through the phone.

To reach out to the companies, they hired a few junior people that went to the web and collected lots of data like names, email ids, management team information and began email marketing. The market for email marketing had not evolved by then as many companies were not reaching out to their prospective customers by email and they made use of that and uniquely reached out to their potential buyers. This became very successful as they began getting responses from their buyers and this is still getting used today.

They evolved the methodology to set up the entire process right from collecting data to reaching out to prospective buyers at multiple stages of the sales cycle by sending a sequence of emails(now, one week later, two weeks later and they nailed the email method of selling. Marketing Automation tools were not available those days but they had their own in-house system for Marketing Automation. The junior sales team takes over and qualifies the enquiry and hands the qualified leads to the senior sales team and closures happen. Gowri says that they have a database of companies that are comparable to some of the large companies that are selling database in the global arena.

Aspire today has around 1400 employees and prides itself in taking care of their employees and has been ranked among the top 100 best companies to work for in India by Great Place to Work Institute for the last five years continuously. They have also been featured in the Deliotte Technology Fast50 India across several years, Ranked among the top ten technology companies to work for in India in 2014, recognized as one of the Top 50 IT Innovtaors in 2009 and been rated as Top 10 OPD/Engineering Services company by Silicon India to name a few awards

Build a product that the market wants and your existing customers will take care of New Customer Acq...
Engage with potential customers as early as possible
Pivot, and pivot quickly - don't remain married to one idea!
Focus on Sales and meet lots of prospects to strategize the direction for your business
Facebook0Tweet0Pin0LinkedIn0Email0

Reduce the resistance for customers to buy 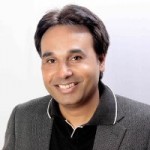 Leverage your relationships with the existing customers to develop products 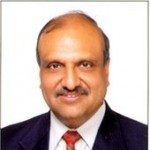 Convince the First Customer on your capability to deliver