Pankaj Garg Co-Founded DailyObjects along with Saurav Adlakha. He comes from a business family and he always wanted to do something on his own inspite of him being employed for a few years.  He founded a company SalesDekho . When he used to buy from a few shops, he used to give them his email id/phone number and always used to get alerts about the sale that is happening in these shops and hence thought that everyone will want a similar option of  knowing the discounts happening in offline stores and be one among the first customers when a sale happens in these shops.  This concept, Pankaj recalls that it was too early for its time and it was also getting difficult for him to generate the sale. He had put his own money and also borrowed some money from his known sources but could not survive. He could not hold on because he had to pay his rent and salaries. E-commerce in those days were on books and the big companies that are today were only small companies.  While he decided to shut down the site, he decided to try e-commerce but he was clear that he will put  his own money and will survive and will not borrow money.  He did not want to wait for making money and hence he chose the top categories of products that were doing well in e-commerce(camera and mobile phones) and began his venture in Jan 2011.

After 2 months he realized that this was not a great idea because these products were expensive( around INR 30000) and margins were very low and the risk in shipping and was also  high and hence decided to sell something else and make money.  He also had quite a few people asking for accessories but he was not getting any good quality ones at a good price. He thought he can begin this as a category went to lots of mobile shops and also went to apple stores and to a few dedicated accessory stores to research the market. He found out that 65% of the revenue of the bottom line comes from the accessories only and found out that there were no established brands or portals selling these accessories. He found so many things that were advantageous such as 1) Ticket size was very less for accessories  2) Margins were very high 3) Market for accessories will also grow along with the growth of smartphones 4) Courier charges will be less because of low weight 5) There is no breakage 6) This required less capital and the market was huge. He started with laptop and phone accessories to sell.  This began doing well and he was also able to attract some investments.

Upon constant analysis, he also realized that they were selling other brands on their portal. He also realized that when large marketplaces will come in they will have better power and the brands that are being sold on his portal will also be sold there and he will go back to the same rat race with limited margins.  He decided to get into some private label like his family did in their retail shops.  Since 70% of the sales were coming in only from smart phones, he took a hard decision to do away with Laptop Accessories and to focus only on Mobile Cases.  Pankaj also did not want to position this as an online discount store also decided not to sell cheap cases and kept the price at 999 but added value by adding design and high quality. He did  lots of research and stuck exclusive rights with multiple designers for designs that would appeal to the Indian market and had unique mobile cases with these designs. He also changed the usual interphase of Black & White and incorporated multiple colours and today has around 3500 unique designs.

Pankaj talks re-launching in 2011 when the smart phone users were only 50% of what it was today but he knew that everyone can buy because of multiple Indian cell phone brands that were penetrating the market. He knew that if someone can afford a INR 10,000 on the cell phone, they can easily afford INR 1,000 for a good quality case with exclusive design and packaging. He also quotes that the accessory sales in Apple even exceeded the iPad sales.

The product mix was very large and he had a good set of exclusive designs and customers can choose one of the 3500 design thereby catering to all types of customers and also had a platform where customers can customize the cases with their pictures or logo. This made him the largest provider for designer custom cases for so many model.  He had a 30 days return policy and were the first to launch a mobile case for all possible phone launches. Pankaj also had an in-house design team for image design but also decided to strike an alliance with good talented designers around the world and reduce the limitations and has around 44 international designers with him now.

On the Marketing Outreach, he did not have much money to do Paid Ads in Google or in Facebook. The unique quality, design gave him lots of customers through word of mouth. Since he had a two year business with a good database of customers, he also began an email newsletter which got him his first few hundreds of customers.  He did not do too much of advertising but was constantly shipping upwards of 10000 cases a month. On the platform, he ensured that design was unique and it as easy to use to simulate the same experience that a customer will get when they enter a well-designed shop and will experience the ambience when they will make a purchase. The site gets lots of customer growth from organic and from direct traffic because of the brand he has built over time. Pankaj says that even in paid campaigns, Facebook and Instagram has worked for him because these are good platforms and the user interaction there is very good. Recently they have also started Blogs on the design artists on how their day looks like and what those foreign artists like about India and how they created their design and do stories from all over the world and generate good  amount of traffic on their website.

Because of the customization platform, he had a good B2B component on his platform where companies approached the platform for customization and Pankaj is so happy to get so many large companies and names Indian Express, Adidas and many Bollywood production houses as his select customer list. They don’t have any sales people to sell into these companies but says that the people who come in as individual customers also buy in bulk for their companies.

Pankaj’s Suggestion to early stage founders.  The product falls in B2B category, but he is focussed on the B2C side of the business. The founders should not start on their own in a  hurry. Branding is very important and that can be distorted by giving wrong information or forcing people to buy and customers will come when you will build a brand. Other e-commerce players have so much of pressure on top line launches and have so many SKU categories and uses discount as a way to sell but you can make a lot of money without having any pressure if you can focus on one thing and do well. Don’t run and configure the SEO and your website for google but do it for your customers. He also suggests that founders should not lose sight of the forest for the trees. Running a business will be filled with surprises and one has to be open to making changes to suit the customers changing expectations in order to be successful.

DailyObjects(http://www.dailyobjects.com/), has around 40 employees and has around  150,000 subscribers and each customer does around 1.2 transaction per year and has done around 80,000 transactions so far. They have raised one round of funding from SeedFund.

Focus on building an experience relatable to your brand - Use technology to achieve that goal.
Use your Personal Credibility to win the First Customer
Validate the assumptions on the product after a few conversations with clients
Align with a strong partner and build your organization
Facebook0Tweet0Pin0LinkedIn0Email0

Align your product with the business model of the customer 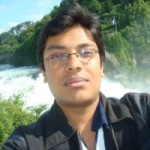 Pivot, and pivot quickly – don’t remain married to one idea! 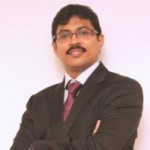 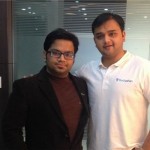