Sanjoy Chatterjee Co-Founded Ideal-Analytics along with Sukumar Chakraborty(his friend and colleague for more than 15 years now). Sanjoy did his MTech in IIT Kharagpur and started his career with Tata Technologies  earlier the IT arm for Tata Motors) and was part of the team that developed small products for the automobile industry and then moved to   an enterprise product company in Silicon Valley. Being the only Non-American developer in the company and being part of the product development for more than 8 years , he found him equipped enough in terms of capability and the usual discontent of his ontological position he decided to test the waters of entrepreneurship by himself. Business Intelligence, as a space attracted the two of them as they had built a tool called “prospect miner” which extensively mined data from the web and was sold to a company in Austria.

With their extensive experience in product development and product life cycle, they wanted to move on their own. They started Ideal-Analytics  in 2007 and did lots of analytics as a service and was also developing a BPM and Enterprise Mobility frameworks and they used to get lots of experience in data science, This helped them to be different than any company of similar size because of their experience  both in programming as well as in analytics. A meeting with VMWare in 2009 led to a requirement of developing a me-too  BI product closer to Business objects explorer [later on bought by SAP].  Sanjoy seized this opportunity of pursuing his passion to develop a product in the BI space and gave a different bid. He quoted a licensing agreement instead of an OPD proposal and contracted to develop the product based on specifications but retaining the IP with him and also giving the product at a very low rate to VMWare and got the deal to build a BI product.

They built a team and the beta version was launched in one year in Cloudforce Paris (a SalesForce event in France) and worked together with their first partner ChoYou SAS, in France. VMWare gave the specifications for the beta version and hence the validation of the product was very easy and they began designing this in a product form and not as a solution form. Since this had to be a product that should function outside of VMWare and they also did not know too much about multiple other industries needs in this space, they took extreme care to design the architecture in such a way that when the end user will build this product on top of their existing applications, this product will align with the client’s application. They took more than one year with 6 to 7 people (with an average of 8 years of experience) including Sanjoy only to design the architecture and then launched the beta.

The second customer was BlackBerry in Europe. They got in through the French Partner and they knew the problems that BlackBerry was facing in Sales and in Marketing. They showcased the product having solved having similar problems in VMWare successfully coupled with the fact that they were a small company who can give great support experience and they gave a demo with data and got the deal within one month. Sanjoy recollects that the third one took six months because they were confused on which markets and verticals to focus and they were spreading thin. Then they analysed and came to a conclusion that they would focus on Europe(Geography), BFSI (Industry), Sales/Marketing(Departments). After seeing some success, they added more verticals like Healthcare, Retail and  Manufacturing.

The closures happened by Sanjoy by taking the data and showing a demo of their data because this was not a functional solution but a technology solution and the clients will see value when they begin adding their data and using it when they would buy it. Sanjoy quotes one customer, Allianz who utilized the self-service BI product extremely well by introducing lots of use cases without taking support from Ideal-Analytics team and they got their total processing down so much that Sanjoy and team took those as feedback and further developed their product. They had three types of pricing model . Private Cloud, On-Premise and OEM. They could have this flexibility in their model because the product was multi tenant, O/S agnostic and there was no client that needs to be installed. This can be tied up with leading cloud providers.

With the success of two large clients – VMWare and BlackBerry, they gave a serious thought on how to expand and acquire other customers. They had some revenue and decided to do some spend. Sanjoy recollects that he did a blunder and lost around seven to eight months.  They hired one agency from Dubai who had an office in Bangalore that took lots of money from them and were supposed to give qualified leads for them to close but that did not work in their favour. . The two of them were technologists, had no contacts and could not afford a big consultant to guide them. They lost time & money and were devastated. They began their deep dive analysis again. They realized that if they can sell into a high quality conscious European market and can make them happy, they can easily sell into the Indian market. They also understood the VMWare marketing process and thought of setting a marketing and a sales process instead of reinventing the wheel and doing something different. They began creating the infrastructure to support a channel sales model and developed a set of In-house tools. They developed IDEAL CRM and Lifecycle Management, Partner Management software within one month because the other tools were either too costly or did not fit in their needs. They developed extensive channel partners and began selling through them.

In terms of channel support, Sanjoy gets excited when he talks about his In-house model of generating leads. Unlike many companies, they don’t depend on the channel generating leads but generates leads for them. Their internal process of generating highly qualified leads is 95% automated. Being an analytics company, they mine the leads through social media and 20 other channels which is very unique.  Because of their mining experience, they use an internal tool called Marketing Forensics. They buy leads from multiple sources on a monthly basis from the leading marketplaces which they update every quarter.  They analyse the existing customers,  take inputs from their partners and define the ideal prospect profile. They have figured out a way to mine data from multiple social media channels like Linkedin and also in multiple blogs and the system does Lead Scoring.  He quotes an example of an incoming lead that comes in from a specific part of the world where the engine scores it on multiple parameters such as existing customers %  in that region, vertical  and maps the competitors websites, competitors blogs, partners blogs in that territory and captures the input and this program runs for a day or two and does a dynamic scoring which keeps changing based on the prospects behaviour on the web to measure the prospects movement in the sales cycle.  There are also definite sources of leads such as the obvious sources like registration from website, sales force app exchange or app stores. his gave the channel partners lots of confidence in the product and they began producing good results. Initially, Sanjoy was able to get only smaller partners as the bigger ones were hesitating to take a new product but over a sustained effort and showing successes, he has very large partners and OEM customers like Sales Force, Ingram Micro, KPMG, Adobe to name a few.

Sanjoy talks about the two challenges a company will have in the Marketing to Sales cycle without having a sales person. The partners were progressing with the leads they were getting but could take it only to a certain level because they had to depend on Sanjoy or someone else to help them close the deal – Last mile closing challenge.  Sanjoy and the French partner was initially supporting the channel in closing the deals but soon realized that he needs to have his own sales team and began hiring local sales people who support the channels in their region.

Their goal is to penetrate the global market  with their product with minimal or next to nothing marketing cost. They use an online portal which allows customers to use a portion of their analytics engine free of cost which gives the customers a very good perspective of the product and they begin buying it for their enterprise use and that is how Sanjoy got his first customer in South Africa. He was also surprised that an audit firm in Mumbai was using the free version for audit purposes to large customers and reached out to them to pay the money because they were able to do the financial audits very fast with the analytics and he also began thinking of limiting the free version only to three months in a short while from now. He also wants to utilize this learning of free customers to have multiple verticals being templatized based on this.Till 2014, they have very good customers in Europe(Healthcare and in Retail). Their partners had a great presence in Europe. They launched in India only a couple of years ago in 2014 Q1 and began selling and have penetrated well in India in healthcare more than any other competitors. They have also opened their office in MA, USA on the 1st of Jan 2015 and US will be the main focus this year and will cross more than USD 2 Mn this year.

Sanjoy’s Advice to early stage startups – There is no short cut to success. The team is very important for you to succeed and he sees lots of entrepreneurs with good ideas but will hire their team at low cost and build something and wait for the VCs to come in but the product quality takes a hit and comes back to bite in the long term. He says this his internal tools that helped pivot his entire selling model into Channel Sales would ot have happened without his A1 team. He also says that one of the founders (if you have more than two) should get into sales full time and not depend on anyone else in the first few years which is one mistake that he did which he would like to go back two years ago to change if he can. He also says that channels are an add-on and advices startups to go in for their own which he is building now.

Ideal-Analytics(http://ideal-analytics.com/) today has 23 employees. They have 18 Enterprise customers(each one having more than 200 users) and has 3000 plus accounts on the cloud where 90% are free accounts and has 100 plus customers using their On-Premise model and has very large OEM partners to name SalesForce, Adobe etc. They have been awarded by Frost & Sullivan in their Exemplar Section and they were part of a product showcase at NPC Bangalore and been awarded by Analytics Magazine as one of the top 10 analytics products and by Silicon India as the startup of the year to name a few and recently been selected by iSpirit to be a part of the InTech 50. They are still bootstrapped.

Vertical-focus-gets-faster-sales-success-for-B2B-SaaS-startups
Find customers who can utilize your technology as their differentiators
Assess your customers pain points to make a product for the global audience.
Go after Innovators in companies to get your first few sales
Facebook0Tweet0Pin0LinkedIn0Email0 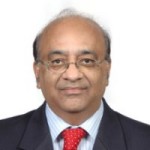 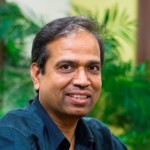 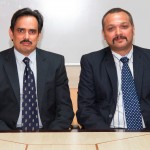