Rivi Varghese Co-Founded CustomerXPS along with Aditya Lal,  Balaji Suryanarayana. They were there  when Finnacle was 25 employee strong and were part of it till it became 4000+ where it scaled from from one local customer/local implementation to numerous customers in 40 plus countries. In  many of the implementations, they were part of those transitions and they solved it directly. After Infosys, Rivi joined Microsoft, Balaji joined Accenture, Lal joined amazon and then came back together to startup. The three of them had different perspectives – Rivi from creating products(He had created 12 new products in Infosys –  internet banking,  corporate internet banking, 24/7 banking, retail banking products to name a few) and in Marketing & sales,  Balaji in the  implementation side of the business (he has to his credit the largest same day rollout of core banking in a very short time) , Aditya Lal from an Architecture perspective(he was part of the team that architected finacle to run centralized and 24X&). In a nutshell, Rivi can think, Lal can architect and Bala can implement – a combination rare for a startup.

They found that banking is the only industry where the entire life of the customer goes through a bank and every footprint of the customer is captured. In the earlier days, when banking was hi-touch, where the customers went to the banks, the banking clerk or the manager will know to sell the right solution to the customer even and also can detect a suspicious  check. But with conversion to Low-Touch with many of the processes being automated, there is so much of information but the banks don’t leverage this information and position the right products. They depend on database marketing and randomly call and email customers and sell and are happy with a 0.1% conversion. Because of this lack of interaction, both the customers as well as the bank loses so much of money on fraud and bad customer experience. Rivi and team knew this problem and thought of building a technology platform to solve this problem by modelling their product in the way a human brain generates information and that is the base of the product.

In his past, Rivi was a part and parcel of creating 12 new products and since it was new to the country, every bank used to question the possible usage of the product and hence he had to convince the people and make them open up. Rivi recalls that many of the sales he did was more of an education and evangelizing and then came the conversion. They had interacted with bankers in around 22 countries and they could sense the problem so easily and they could also feel it personally . They came with two products – Customer Experience Management to do effective one on one cross selling and also Real Time Fraud Management. They focused on Customer Experience to begin with and went to the banks. Rivi says that on a matrix of Technologies vs Money Allotted – Fraud had more money budgeted as the bankers perceived Customer Experience as a Latent Need. They put a pause on the first product and began building the Fraud Protection product and now they are the leading fraud management provider.

They were into the difficult space called enterprise products and in banking it is more difficult. They decided to optimize it locally and then go globally and they went after the banks in India and they were limited number of banks in India and since this was an innovative product they began focussing on the early adoptors and they landed ICICI . The first few customers were based on the prior connections and they bought into the story and the fact that there were from a banking background and since the founders went and hard sold their domain knowledge the deal was signed.

The main objections to adopting the product was the fact that this was a new product and that too without being funded, how will they scale out the product and the other objection they had was the banks were asking what would happen if these guys will close shop for which they leveraged theirs and their advisors credibility to convince the banks and made them buy the product.  Since the use case of this software was a massive one and lots of heavy lifting had to be done, the new product was looked at with a little bit of hesitation. Rivi and team had to put their reputation there and they spoke to the people who had succeeded earlier in their career because of interacting with the founding team from their past and also had a series of Advisors who were also known in the market (The past Chief Architect of Finnacle and the past CTO of Infosys)  There were two advisors who were on board with them which gave the prospects a lot of confidence to get started. They did a POC and demonstrated that the product would work.  In the first customer implementation, they were doing development for the product and the POCs gave instant feedback which were  golden to them.

On the segmenting(Choosing the banks to do POC with) – they identified six banks (some in India and some overseas with one common denominator of having worked with them in the past and figured out who will accept the first POC. They had already done around 80% to 90% of the product  that was done and waited for one of them to agree. They did not want to do this POC across multiple customers for the fear of risking the first implementation success. They decided that if a big bank would agree , they would do one but if a small bank would then they will do two POCs to hedge but they had a big bank nodding. Now CustomerXPS has network of channel that includes partners, resellers , boutique service providers, system integrators, consultants and complimentary products, OEM relationships and the typical channel for sales.

Rivi’s Advice to early stage entrepreneurs – Persistence, Perseverance and Profitability are the three most important things to have. In B2C no one worries about profit to begin with and are happy with theoretical revenue but in an enterprise software selling RFP situation one needs to show that they are profitable or there will be disqualification at the entry level. They were thus choosy on the deals they picked up. They decided not to pick up unprofitable deals. This , Rivi says, is very counterintuitive to a startup where people will pick up deals of any size and will not worry about being a loss leader but their hunch paid off when they became eligible for larger deals and could participate and even win a few early large ones. They also decided against services revenue as they wanted to be identified as a IP led product company and to be defined by IP revenues and not by services revenue. Even when they were running short of funds , they said no to services when so many banks came to them and asked them to do services which will lead them to product licensing revenues, but they stuck on to product based revenues only.

CustomerXPS (http://www.customerxps.com/), has about 60 employees but a plethora of  partners to work together. Today One out of  Ten Indian’s life to go through the system and has around 200Mn plus accounts go through them on a daily basis.  Almost all big banks in India are their customers and they are there in almost all RFPs. They have raised a Series A funding of 4 Mn from Jafco Asia in 2011. They have been consistently featured as Gartner cool vendor for four years and this year also in the Chartis Risk tech 100 global. They were winners of Nasscom Emerge 50 in 2012 and also won TechCircle Fast Track 2012 award for top tech startups in addition to being a finalist for the 2012 Red Herring Top 100 Asia Award. 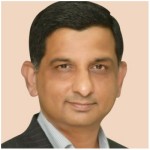 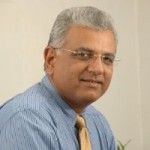 Build a great user base by adopting Data Driven Marketing