Ashuthosh Khurana Co-Founded ThotsLab along with his wife Sangeeta. They both come from a lower middle class background and believed in jobs and worked for around 14 years. They felt that the current education system does not give Higher Order Thinking Skills to the students and wanted to find a program for their sons. They researched hard but could not find anything in a curriculum format which could provide thinking development program to help their sons think better and in a structured way not only in the academics but in any situation. They found a huge opportunity and realized that what they need is what other parents also wish to give to their wards and Sangeeta took the plunge to explore the possibilities of creating something on their own.

They began by summarizing their life failures and learnings they drew to create the base for curriculum. They then studied various educational theories and taxonomies, various child development theories and models followed in the field of child development, human development, child psychology and cognitive sciences. They looked at commonalities across all these disciplines and stream to find the connecting dots and gave it the shape to create the framework for thinking skills development. They realized that the people who designed mathematics in the past knew the structure of cognitive science models practiced today and that is how they integrated algebra in middle school along with other concepts of science and not in age band of 8-10 years.

Now they have a curriculum on higher order thinking skills development which is introduced in schools as an independent subject. As thinking can not be developed through instructions and a learner shall be only willing to rework on self when he/she is able to see how his/her current mental behaviour or thinking is not helping to succeed. and  and all we tell a child is to focus or to concentrate but the child does not know what to do in order to be logical and focussed. Taking this biggest problem any learner faces on thinking development, they looked at using various manipulators. They identified those manipulators which shall be seen as a thinking game or a mind game rather than a drudgery to study by the learner.

They tested this in a couple of schools, where the initial pitch were made out of passion and not as a structured sales pitch. Fortunately, the person on the other side was patient enough to hear 1.5 hour pitch and felt connected with the passion and gave them 3 months to deliver some lessons to test the delivery of passionate talk. The Principal of the school felt that the existent content for the 4 year old baby (Ashutosh eldest son at that time was 3.5 years old) is not a sample size thus wanted this to work across the 4-14 years age. The couple put in their heart and soul and built the content for the other age groups and went back to the two schools and met the Principals. They liked what they saw and gave the go ahead to test it out in their schools.

Ashutosh, with his business operations background now wanted to take this to other schools and scale the business. Based on the initial success, he went through the slides a few times to see what minimal changes he can make and created a 40 minutes version of his pitch. To his shock, the customers found it too heavy and kept rejecting the idea. When Ashutosh went through the pitch again, he found it to be more of self-selling and realized why the prospects did not like it. His background in business operations, his choice of words and language did not appeal to the customers who were Principals of elite K-12 school. The couple went back and cut down the speaking part out of the pitch and introduced demo of one of the lessons which could make the other person see the core behind the product and test the efficacy of program by doing it self rather than believing in it through the talking part of the sales pitch. They found the acceptance to be much better now. The first two customers were acquired out of passion but the next set of customers did not like the passionate pitch and rejected them as they wanted more standardization and had limited time.

Then came the third version where the entire presentation was shrunk to 30 minutes. They realized now that the gap in the selling process was because their product was intangible as it was about mental behaviour development and they cannot explain mental behaviour through sales conversation easily. They also realized that it cannot delivered through talk but out of experience for the audience. They realised that they did not create the same experience for their prospects and went back to create that experience and flow of the script around which the person will get the in the self-reflection mode to buy a program on thinking development. This time, the pitch was much more effective. They added a few tangible components for the school to show its thought leadership to its stakeholders which worked well for the customer.

On the Marketing Outreach – They took the list of CBSE schools by geography and shortlisted top 150 schools based on their own logic and did multiple things like telecalling and asking for the Principal to have a couple of minutes of conversation. They backed it with cold drop into the schools and meeting the security guards to get an entry in the school to meet the counselor, HM, etc. They also used mass emailing and brochure couriering to establish their brand and generate leads. The combination of these things helped them to reach out to their main buyer – the Principal – and they began selling and business began coming in. They realised how important it is to standardise scripts at every level and now have standard pitch for 2 minutes, 5 minutes, 15 minutes and full 30 minutes sales talk.

On the objections faced by them, they found the subject of Higher Order Thinking Skills (HOTS) was being pushed by CBSE to schools to adopt by asking various HOTS questions in Board exams. The schools now wanted a quickfix where they can begin this at the 9th and the 10th grade. Ashutosh began educating the schools that this has to begin at the Primary and the middle school levels as higher order thinking is a mental process and should be developed from an early age and can not be a quick fix. Since it required to have a huge shift in the schools’ own thinking process, his 30-40 minutes presentation was not creating enough pull to adopt the program.

To make the adoption easier and bring sensitivity to the need of their solution, they did two things. i) They integrated it as a hobby class in the schools and deputed their trainers. They spoke to the parents at the Parents Teachers Meetings and made some students enrol for the program. 2) They did free workshops and awareness campaigns in many schools – 2 to 2.5 hour workshops in the schools to make the authorities  understand that higher order thinking is beyond asking some questions to the child in secondary school. They got into many schools as a hobby class and then took around 2 years before establishing this as a curriculum in many of these schools. The other objection that came was that they were not educationalists which they addressed by demonstrating their capabilities by doing these free workshops. They began documenting the questions asked during the sales conversations and prepared the right answers in form a Sales FAQ document. By constantly evolving the sales process , the founders were able to penetrate many schools and win their first few sales.

Ashutosh’s Advice to early stage founders – Meet your customers and do the sales pitch yourself. Detach yourself as being the product creator and look at the product from the customers perspective.

Thots Lab(http://www.thotslab.com/) is completing the 7th year of business. They are present in 68 schools and the program has been taken at 60 schools as a subject across 10 states and they are servicing around 48000 students. Now they sign long-term 3 to 5 years contracts with the schools. The subject normally is introduced by a ministry or by an education board but they have been able to do it at the school level through their efforts. Right from inception they have served 120 schools and have taught their skills development program to around 1.5 lakh students. They received the Best Innovation in Education award 2010 under Power-of-Ideas conducted by CIIE IIM-A and received a small funding from Department of Science and Technology. They raised some money from Angel Investors and have also raised money from Accel Partners in Jan 2012. They also got the Asia’s Best Educational Innovation 2013 award by World Consulting and Research Corporation in Jan 2014 for the environment they create within the school through THOTS Lab. There was a case study conducted on their business model at IIM-A. Their website address is www.thotslab.com

Analyze Buying Behavior to convert your Idea to Revenue 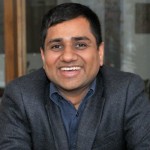 Sales First Product Later approach to get the first customer 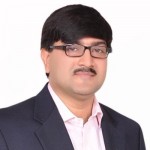