Srinivas Varadarajan Co-Founded Vigyanlabs along with Srivatsa Krishnaswamy. Srinivas did his first venture while doing his Masters in IIT Bombay in 1991. He created Ethernet switches before they existed and he wrote the software within IIT Bombay with the limited resources he had and also made it Open Source. They had 10000 downloads in 1993 but he did not know anything about patents or about building companies. IIT Bombay did fund INR 4 Lakhs but Srinivas recollects that a decent PC those days used to cost more than 1 Lakh and realized that this money was not good enough to fuel his dreams and went to a job out of campus.  He joined Hughes in the product team and worked both in Delhi and US and developed a lot of products for them.  He then moved into HP in Bangalore and developed products and learnt a lot about Innovation, IP and he was the first person in HP India to file an IP.  He relocated to HP US for one year. He was always looking at starting something and his colleagues at US had quit their job and they also wanted to start something. They decided to start a services firm and they had pooled in their money and he went to see the building for his office and was about to pay the advance the next day and quit. This was September 10, 2001. 9/11 happened the next day and the markets collapsed overnight and the plans of starting collapsed as the investors backed out. He continued in his job till 2005 and he finally took the plunge and left HP and teamed up with Srivatsa. Srivatsa also comes in with a product background with a great career in IBM and in HP.

Srini wanted to recoup the lost years decided to build an IP but started as a proprietorship company and did technology consulting. They moved their base to Mysore to cut costs and started in an incubated centre and hired a couple of engineers. In 2009, they got the technology consulting engagement with Aadhar project and spent quite a bit of time and earned some money. Now with one revenue stream steady , they hired two more people and put them in the research of power management and middleware tools. They did design and mathematical model on fingerprinting processing which is done on millions of users and calculated the energy and power that is required to run such operation and were baffled with the huge number that came up. This made them realize that POWER is a big thing. Since his team wrote stringent energy efficiency requirements for Aadhar and worked along with the other vendors , they checked if any vendor could give energy solutions at 50% of what they consume today. No one gave a good solution and one vendor came up with a 10% energy saving solution. They realized that there is a huge potential in the market not only at an operations of this scale but also at the laptop and the smart phone levels where the power is consumed so fast.

They finished their consulting work but the thought of energy kept haunting them and they realized that the need is everywhere as multiple hardware companies were also trying to reduce power but were not able to do it. They did energy audit for companies and did patent research and realized this was an untapped area and filed their patents in 2010. They kept doing consulting work to keep the money coming in. They got the US patent in 2012 and began the work with focus on Electrical, Thermodynamics and IT combination and invested bulk of their money and launched a product. The timing of their product launch and Nasscom Product Conclave Bangalore coincided and they showcased their beta version in that event and got the enterprise product award of the year and also the technology innovation of the year award. This coverage and publicity opened up floodgates for them. Companies of multiple sizes began talking to them and they signed up two large institutes in Bangalore for 1000 plus computers and the product began evolving. Simultaneously, they were also talking to banks, large institutions and government institutes and the customers began coming in.

Srini recollects a few of the biggest sales challenges he was facing in closing his third deal with one of the largest banks.  No one knew the power consumption of the IT equipment and hence he was unable to articulate the actual savings in absolute value. This gave a thought to Vigyan to build an Energy Meter but that again was in a concept stage and he could not install it anywhere to demonstrate. Srini says that closing these deals took an inordinate amount of effort and time because the large enterprises had multiple stakeholders. The energy saving product had to be deployed by the IT managers who were both facilitators as well as an influencers and the he had to convince them on the implementation which took a few months because of the POCs duration. He had to then convince Finance that they will save money and the COO on the benefits but was not able to demonstrate the ROI because the lack of energy meter. Srini decided that educating them was the best way to begin with. He had around 30 meetings with met the bank and assured that he will put a meter subject to the go ahead and got a notional go ahead because the team at the bank was not convinced on the actual impact of savings. Now, they put in more efforts and built a first version of the soft energymeter and showed them the ROI and went through the stakeholders and allayed their concerns. The next big objection was on the ability of the product to scale and work on multiple machines in a network. They had done some benchmark at IBM  Labs for stability around 30000 machines and that came to their help in handling these objections. The bank also had a huge regulatory compliance and it took a while to get endorsed on the security aspects and then went through the security audits to do a POC for 150 machines over two months and finally convinced them.

Srini kept to his product roadmap quite a bit and went to tell his prospects that he will not customize way beyond a point even though they told him that they will give him a deal only when he does the customization.  He sold quite well because he was able to set expectations with conviction on what is possible and what is not. Srini says that if he would have accepted all the new requirements, then they would have become a services company and not a product company.

This got them to open  their office in the US and began talking to big partners to scale out and reach out to more customers because they knew that they will not be able to set up offices and have sales teams in all countries and hence they will not be able to sell in large volumes. They went to their ex-employer and signed up the OEM deal with HP for their  desktops and laptops. Srini recollects the multiple months that it took in signing such a deal in-spite of the known people because HP has a stringent process of evaluating vendors. One needs to follow the policies, the shipping process and also align their delivery in line with HPs manufacturing process and the due diligence took a lot of time. HP also evaluated the product and spent many weeks and gave the feedback that they wanted some specific customization to suit their customer base. Once they showed the willingness and demonstrated some custom work, the engagement went into legal and procurement where they had to accept the mutually beneficial terms and conditions, legal terms and finally concluded the OEM agreement in around 7 months

Encouraged by  the initial success, they invested more money and hired more people and by 2013 end, they won the Red Herring Award for Green Energy and the IngersollRand signing up which was a good recognition. They got more coverage in 2014, when they got the Gartner cool vendor for green IT and won the TiE 50 innovation award in US. They got endorsed by many utility companies which gave $8 to $15 credit for every product bought because the utilities know that the cost of production of energy is just 15 cents per unit but to generate that in form of setting up Capex will be $3000. Since green has not taken off because it is taken as a fancy thing to do and there is no ROI so from day one they wanted the product cost to be low. To support their vision to sell to 100s of millions of users  they kept the resistance of purchase very low with a attractive price.

Srini’s Advice to early stage entrepreneurs – One need to look at the customers who are friendly and open minded as they will buy your product after seeing your conviction and belief. There were many people who said that this will not work in terms of large companies, partners and they had to overcome a huge push back from the customers that it will not work because they were not able to show anything tangible in the beginning. Things take more time than what you think it will. He also advises startups not to have fancy xl sheets and dream of valuations in the second year because XL sheets are nice indicators but it will take two to three times of the money and the effort to come to reality. Have a great team as one man army will not go very far.

Vigyanlabs (http://vigyanlabs.com/) is around 40 employees and they have offices in Mysore, Bangalore, Mumbai, Delhi and US and is also expanding in SouthEast Asia and in Japan. They have supported 600,000 machines so far. They are adding  around 4000 machines a day and will touch a million machines in a couple of months at this rate. They have raised money from quite a few angel investors . They won the Frost & Sulluvan award for Green IT  and  CioReview awarded them the company of the year for Green IT and also Dr Juneja’s award for creativity and innovation. 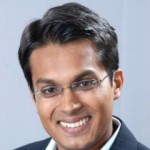 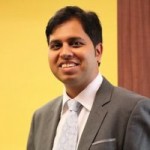 Make your Pilots relevant to your customers business to succeed 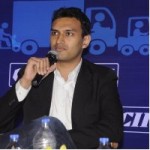