MadRat Games journey began during Manuj’s undergraduate years at IIT Guwahati, where to recreate the experience of playing board games with his grandfather, he created Aksharit – the World’s First Hindi Word Building Game. Surprised that a hugely popular game like Scrabble comes in 30 world languages but none of the Indian languages, he found out the reason was that unlike English (a non-phonetic language with a 26 letter set), Hindi or any other Indian language has approximately 45 letters(aksharas) and more than 15 matras, leading to over 675 different letter combinations. If one were to blindly copy Scrabble for an Indian language, it would lead to a game board the size of a double-bed and would need 4000 odd tiles to play, which would have to be carried in a sack! He solved this challenging problem by coming up with an ingenious tile design [Patent Number: 294/DEL/2010] along with other novel yet simple solutions. Soon after graduating from college, he wrote a business plan around the tremendous scope of Aksharit with over 450 million Hindi speaking population, and entered it into IIM Calcutta’s prestigious i2I international B-Plan competition. There during the very final round of the competition he was joined by, his now partner, Rajat Dhariwal. Aksharit went ahead to win the competition amongst 400 odd teams and the judges remarked it as having the potential to become “the game of the masses of India”. This external affirmation instilled in Manuj a larger than life vision of “adding half an hour of Joy in the life of every Indian through his games” and he left his job in Bangalore to work full time towards it. Rajat an alumnus of IIT Bombay, who was teaching at Rishi Valley School along with his wife and college batchmate Madhumita, also took a sabbatical for a year to plunge into this dream. Madhumita also eventually joined the duo after an year.

As the Founders shared their game with others, they met with unanimous awe and applause but when it came to actually buying the game not everyone was on board. They understood that to overcome this, their invention had to be married to a need. They found two avenues for the same:

1. To make Indian Language instruction fun and cool for the students: While sharing the games with one of the Hindi Language teachers, she commented how “the Hindi language teacher is considered one of the most ‘uncool’ teachers by students, they feel that the teacher will come and start lecturing on Vyakaran (Hindi Grammar), but if I were to go on the very first day of my class with a fun Language Learning Game like Aksharit, that would pique the students’ interests and change their attitude towards learning and the teacher greatly!” . To cater to this need, they developed different learning versions of Aksharit and shared it with schools. They soon realized that going from one private school to another to sell their games would not be sustainable and scalable. Hence they thought of approaching the state governments so the game could be ordered and distributed centrally to large number of government schools. Their first order came from the State of Chattisgarh, who ordered these games for 1000 government schools. To get first-hand feedback from teachers in order to measure the impact on language learning with the use of Aksharit, pre-stamped feedback postcards were included with each game box. Teachers were requested to send in their feedback on language learning parameters after using the games for a period of 4-6 months. They received 750 of these postcards back, with 100% teachers vouching for significant increase in interest towards learning Hindi amongst students. Today Aksharit has reached 3000 schools and is being used by over 300,000 children. For this work on AKSHARIT, MadRat Games were recognized amongst the Top Ten Indian Innovators by the Govt. of India in 2012 alongside the likes of Tata Motors and Philips Healthcare.

Manuj recalls how during the initial meetings, the teachers kept asking why they needed a game when they could teach well through text books. The founders decided to prove the need of this game and devised a way to convince the teachers. They developed AKSHARIT’s version for Telugu and went to Chattisgarh and asked the teachers to play the game to learn a new language. The teachers realized that they themselves had so many problems in learning the mild difference in the alphabets of a new language, with some Hindi teachers commenting that all Telugu letters seemed so similar and like jalebis to them, and thus were able to appreciate the difficulty a child faces when he starts learning a new language for the very first time! This got them the green signal from the Chattisgarh academic team for procuring the games for their state.

It was experiences like the above and the many anecdotes and testimonials shared via postcards by Chattisgarh teachers that made it easy for them to bring other State governments of Rajasthan, Madhya Pradesh and West Bengal on board to spread the games further.

The second avenue that the Founders explored was to tap the enormous apps and games market by creating localized Indian games like AKSHARIT and others for them. Hearing about their initial success and ingenuity of their marquee title AKSHARIT, along with the Founders’ background from IIT, helped them secure meetings with teams at Nokia (OVI Store), Intel (AppUp Store) and Google (Chrome Webstore). They were able to bring these guys on board with the tremendous potential of AKSHARIT on the digital platform and surprisingly these companies were ready to pay them upfront to build a suite of Indian games for their respective platforms and devices. Towards this, Manuj conceptualized new games like Mystery Land of Aksharit and Word Matki along with converting Aksharit as it is into a digital game. These digital games apart from getting much needed revenue in the company, helped them reach over half a million users. They won the prestigious Manthan International Award for South Asia and Asia Pacific (2011) along with Tech Sparks award of excellence for these games.

At this point the Founders were perplexed as to how to scale their preliminary success. The Government School channel although had potential for recurring revenue by expansion to newer States and covering more schools in existing states, but when it came to scaling this channel, the Founders increasingly faced bureaucratic delays which were not affordable and sustainable for a young startup like theirs. On the Digital Apps front, at that point the market for paid apps in India was almost zero. Thus having recurring revenue from this channel also seemed tough. Manuj notes that at this time he fell upon the book Crossing the Chasm and it made a lot of sense and helped them put their problem into words and gave clues for the plan ahead.

To make their dream of spreading AKSHARIT and other games to every nook and corner of India, they finally decided to take plunge into the huge but vastly unorganized Toys and Games market of India. More on their journey into retail in the next post! ……. 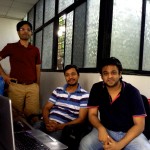 Showing the product to the customers to make them buy 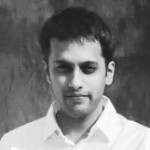