Balakrishnan Kavikkal (Bala) is Managing Director and Chief Executive Officer of Servion Global Solutions Ltd. Prior to taking over as the CEO, Bala served as President of Servion’s US Operations from 2001 to 2004, and was responsible for the Sales and Marketing function of Servion from 1996 to 2001.  Before embarking on his entrepreneurial journey, Bala spent 4 years at Motorola Max India and 6 years at TVS Electronics.

Bala was instrumental in setting up the Sales and Delivery infrastructure for Servion in the US leading to aggressive sales growth even as the US economy underwent a downturn. Under his leadership, the US operations has grown 100% every year. Bala‘s ability to build global sales networks has helped setting up operations and partners for Servion across Asia Pacific, Europe, and the USA. Bala has been the driving force in leading Servion’s sales and marketing efforts worldwide in the IVR, CTI, and Call Centre domains, making available best-of-class solutions since 1996. Widely travelled, he has been associated with the conceptualization and design of numerous global Contact Centres. Bala holds a bachelor’s degree in Electronics and Communication Engineering from NIT (erstwhile KREC) Surathkal, India.

The idea of Servion was born when Bala and four ex-TVSE colleagues chanced on a brainstorming session with a common friend. They were absolutely certain that they wanted to do something on their own and leave behind a legacy of impact and revolution. For that, they had to pick a domain that was fairly nascent but ripe with opportunity.  Customer service, as a concept, did not exist in India and almost the entire services industry (banks, telcos, and railways) was controlled by the government institutions.  The brainstorming session resulted in an understanding of a common frustration that all five of them felt – the frustration of being short-changed as consumers. And the frustration of having to deal with abject lack of empathy. This lead to the decision that the service industry is what they should foray into.

This was when de-regulation of the Indian industry happened. Several new private sector banks and telecom companies set up shop in India. These banks / telcos had to compete with PSU banking giants/DoT, who’d been around much longer, had an enviable national spread and large consumer base.

The opportunity presented itself. They combined their personal frustrations as consumers with the fact that private sector banks / telecom companies needed a strong differentiation factor to acquire new customers. The key was differentiate through service – products were already commodity and one was as good or bad as the other. Thus was born, the concept of Customer Interaction Management. The team researched the space, built capability and began pounding pavement reaching out to as many organizations as possible.  The sales process was very traditional and basic.

In their core, the founding team were all consummate sales men. They had a dream and the will to put shoulder to the wheel. Slowly but surely, they started talking to these banks about an unheard of concept back in those days.

Bala recollects that there were two or three customers who were willing to take the leap of faith on the young founding team at Servion and gave them their first few breaks. He quotes an example of their first break being a large private bank that had the need to use technology as a differentiator because they could not afford setting up 10000 branches to compete with large public sector banks. Servion connected with the bank through a common network. The decision makers at the bank were impressed with Servion’s understanding of the problem and the solution. They had only one hesitation – Servion was a small / young company. Servion ‘tied-up’ with their existing service provider, offered guarantee of the delivery and picked up the deal. Based on the success of the first engagement, other deals began coming through and after 18 years, Bala still continues to remain fairly hands-on, making several sales calls every year!

As time passed on, the team saw that this was a market where prospects were big banks or a telco, the solutions were capital intensive and as a result only a few companies bought these solutions. Once these companies invest in a technology / solution, they did not spend every year and hence scaling this business was becoming a challenge.  Scaling meant finding new customers year after year and that became an un-sustainable growth model.

Bala solved this problem in two ways – differentiating the services and expanding to a global market. He chose US as a market to begin with and in 2001, went to the US to set up Servion Inc. The dynamics were very different. While in India Servion had a sizable network of acquaintances / customer base and good brand equity, in the US, no one knew Servion. There were no contacts or a network to lean on. This was a one man show with Bala sitting in one small office with a phone, in a country where people don’t return calls. Bala says that this was a set of frustrating years but this evolved him as a professional. He spent his time looking through yellow pages and kept reaching out to prospects to get his first deal in the US. Servion was working with US based principals, whose platforms the customer interaction solutions were being implemented in India. He took their references and began talking to their sales people in the US and also attended their sales meetings, presented and sold to them. The sales team then began socializing this with their customers and that got lot of meetings and buy-ins for Servion. Bala took deals of any size as he wanted to penetrate the US market and began showing value (sometimes doing free work), doing POCs. It was tenacity of continuously working the phone, meeting people, working hard for almost one year before he started seeing results. Once the first few customers came in the US, others slowly, but surely followed.

Bala advices aspiring start-ups / founders to look at their solutions from the customers perspective. He says “First look at the problem you’re trying to solve. Understand the impact of solving that problem. What happens to the industry / market if the problem is not solved? Finally, what would happen if you did not exist as an organization?  Who will solve this problem?  And lastly, is the problem big enough to build a business around it” That impact analysis he says is most critical before anyone decides to take the entrepreneurial plunge. It answers two very fundamental questions – is there enough money to make in this business and most important, will this company be around in the long run. 19 years since inception and this is the very perspective that keeps Servion going.

Servion(www.servion.com), today has over 1000 employees, around 600 customers, over 1000 installations in more than 60 countries around the world.  Servion’s solutions handle in excess of 7 Billion Voice/Fax/ACD/Web interactions per year.

Stick on to the core product offering to differentiate in a market
Let your customers fund your product and sell for you
Understanding and addressing Customers Business IT challenges helped iValue grow at 5 times market ...
Innovate on your product by validating with customers
Facebook0Tweet0Pin0LinkedIn0Email0 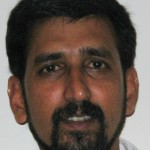 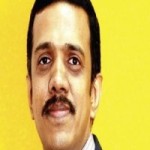 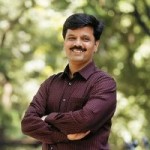