The team had, at multiple times, felt that adequate information about healthcare was not available to the common man. Even though some portals were there, the team felt that those portals were more of listing platforms. They felt that, as patients themselves, wanted a service that gave them a connection to a remote but a specialist rather than giving basic information about the doctors. The patients saw good doctors and the current platforms allowed scheduling appointments, However, the patients could not take the services of those specialists because they were a few cities away.

The team began their first version by building a social media platform for doctors. They began popularizing the page by social media advertisements and got lots of hits coming in. Encouraged with the initial response, they began creating multiple pages in other social media channels and the popularity grew.  The team decided to offer additional services. The thought of setting up an appointment system came by but they felt that the appointments setting market was crowded and they felt that this might not be a differentiator.

They also analyzed that, over the last two to three years, the consumers had adopted smartphones and most of the generic services were also moving digital. As a result, they explored online medical consulting. This meant that they need to have an interactive element in their platform – Connecting the doctor and the patient via chat or phone call on a  smartphone.

Having a platform to showcase specialists was an unmet need. The no. of doctors to patient ratio was very small in India. For Instance, there is 1 doctor for 1700 patients as against the WHO standard of 1 to 1000.

They went closer to their vision of “Every specialist doctor to be available to every citizen of India independent of the place”.

The team recollects the memories from the earlier days when they took the platform to the market.  They had to face lots of questions from both the doctors as well as the patients. The doctors were not quite convinced about the model on how this will work for them. The patients, on the other hand, having been conditioned to a face to face diagnosis refused to believe. They had to convince the patients need not visit doctors physically to get diagnosis. The market had to be educated.

This was a parallel effort in building both sides of the marketplace. They reached the doctors and evangelized the method of helping patients digitally. They also approached the patients and demonstrated to them on how they can access doctors even from the remotest location. The entire process of consultation, prescription all done online began to work.

They also began including certain service levels to create confidence with the people. From a medical perspective, certain conditions of a patient can be done only after the initial diagnosis was done. The doctors have been trained to give the initial diagnosis.. The doctor can request the patient to undergo diagnostic tests and submit the reports on the app. Once the results come in, the patients are likely to have further questions and the doctors are also likely to suggest the subsequent medications.

They identified top 5 specializations – Psychiatry, Gynecology, General Practitioners, Sexologist and  Dermatologist who were more likely to adopt remote diagnosis. They also identified certain traits that patients for these segments follow. For e.g., the people who go to dermatologists, let us say a woman who is in the age group of 20 to 24 will use certain cosmetics.  The team used Facebook insights and ran Ads for specific groups.

They also felt that the market was taking time to adapt. Hence they began focusing on targeting people who were already customers. They began educating the same audience through multiple ads to make them come for repeat consultations for other specialties. The initial target was on people who were on Facebook. On analyzing the visit and the customer data, they found the adoption to be faster in the age group of 18 to 40. They also identified sub age groups to be more open to adopting certain specialties. This changed the game. Based on specialization, they targeted people in the age group of 25 to 40 for dermatology, psychiatry, gynecology and focused on age group of 25 to 35 (people who are about to get married) on dermatology and gynecology, targeted the age group of 18 to 29 for Dermatology because the people who were about to marry would like to beautify themselves and take care of hair fall and wrinkles.

Targeting the right people with the right message worked well and the conversions began happening at scale.

What they could have done better

In the early days, the focus was more on user acquisition and the team was happy on those metrics which they realized was not useful.  They were not engaging or retaining users. After a period of time, they figured out that the lack of attention to this metric was causing a huge drop in retention rate. They feel that they could have focused on user acquisition and retention which could have made them grow faster

The adoption rate has increased well and they now have 75,000 app downloads and have now completed 50000+ consulting. . They have now expanded to 17 specializations. 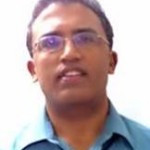 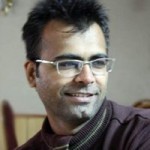 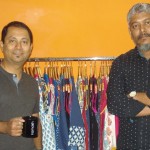