Samir Chaudhary (Samir) has been a marketing person throughout his career. After his Engineering, he did his MBA at IIM Bangalore and worked with Reckitt, redBus and Brittania before he co-founded The Media Ant along with Mayank Bidawatka and Mukesh Agrawal.

While at redBus, Samir and Mayank wanted information on offline advertising vehicles but they had a tough time finding handy information. That’s when they thought that it would be good to have a platform that shares this information with SMEs, since large clients get a lot of hand holding from their media agencies. This was the genesis of The Media Ant – which they wanted to be the wikipedia for non-traditional media.

They began aggregating the information on multiple media types on their website and began with a blogger because they could not find a tech person on board. When the SME founders would reach out to them to ask for specific information, the founding team would manually respond to them with options and would help the clients make decisions. They realized that they were not getting much of traction inspite of giving lot of information because non-traditional media was expensive and clients still did not find value in some of those media options. The Media Ant figured out that they needed to aggregate information on media clients are already comfortable with rather than getting them to try out new media vehicles. With this outlook, the team began aggregating information of multiple traditional media options such as magazines, cinema, radio, newspapers and outdoor, across the country and began providing information  for those media, which led to a surge of hits on the website. The SME owners were happy because this kind of handy information about the choice of media, contact options, cost structures and reach wasn’t available in one search. Their best alternative was to do 50 to 60 odd searches on Google and make multiple phone calls. This is when The Media Ant found the product market fit.

The team had aggregated inflight magazines to begin with because they found a gap in that market. There were lots of advertisers who wanted to advertise in these magazines, but did not know the impact, cost, reach and how to do it. They began getting enquiries from their customers on buying space in these magazines and they helped determine which magazine the client should advertise in based on product type, target audience, budget etc. After establishing a steady stream of revenue from this vertical, they began doing similar things with radio stations, cinemas and began getting business on those also. The founders also understood that they were addressing a problem that the large media companies were not willing to touch as it was not their key priority and too painful a problem to solve. It’s always important for a start-up to find a problem that someone much larger in their industry is ignoring or doesn’t consider priority. This helps them find a great starting point and the ability to grow big without large competitors.

Samir’s advice to startups – make something that people want. Samir also says that it is easier to start with a niche, master that market and then expand into a broader market. It’s very important to keep experimenting till you find a good product market fit. All founders start with assumptions about their target market and their needs. These may not be as envisioned. It’s important to get a product out there as soon as possible with as little work because that product usually takes a different shape once you start getting feedback from users. Spending too much time on the initial product is bound to be a wasted effort. Hence, talking to customers, shipping fast and iterating faster is the key to get to a product market fit stage.

Today The Media Ant has around 45,000 visitors on the website, 600+ people calling them for information on a monthly basis and servicing about 50 clients in a month. They are a team of 13 and got about 5500+ media options listed on the site with about 75,000 media touch points. They have been included in the top 5 startups to watch out for by yourstory, top 100 startups to watch out for by nextbigwhat, top 8 bootstrapped startups in india by Economic Times, selected by Y combinator for an interview round and were in the top 20 start-ups out of the 15,000+ ideas submitted to Power of Ideas by Economic Times.

Engage with your customers and solve their problems
Network to build personal credibility to get your first few sales
Build your sales strategy around your customers
Winning deals - Think of Product, Audience and Competition
Facebook0Tweet0Pin0LinkedIn0Email0 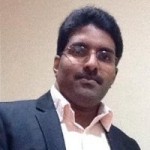 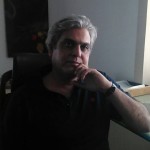 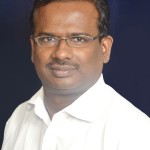 Want to be app only? Start sales and marketing early on