Arvind Pani Co-founded Reverie Language Technologies along with S.K. Mohanty and Vivekanand Pani in 2009. Prior to Reverie, Arvind has worked with Intel for around 8 years and Vivek, one of his co-founders, who is also his younger brother used to work in C-DAC Language Computing and Research department along with Mohanty. The duo has more than 40 man years of experience in language processing.

The Pani brothers after finishing their education took up different jobs but they knew that their ultimate dream is to start something of their own. Around 2000 – 01, Arvind realised that lack of local language features and content in digital ecosystem will be a business opportunity and discussed this with Vivek. However, around that time, mobile phones were a luxury and those who could afford it were English speakers. Thus, the idea only took off in 2oo9 as by then the scenario had completely changed. Mobile phones had become affordable, more and more people were beginning to buy smartphones, tariff rates had come down drastically. It was towards the end of 2009 that the three co-founders – Arvind, Vivek and Mohanty – came together and started Reverie Language Technologies.

According to industry data, there are about 50 popular languages globally, but English language dominates 57% of the content generated online. In terms of users, there are 6 billion phone users in the world, of which only around 1 Billion people prefer English. Clearly, there is a huge gap in what is being given to the customers and what they actually want. Companies like Reverie are working with device manufacturers, content providers, app developers to plug this gap and empower every digital user with a choice to use their preferred language in a digitally connected world.

There is also enough data to prove that probability of a company acquiring a user and leading him to a transaction, is around 74% if the content and the interaction is in their local language. The reason being that local language is a form of informal communication while English is a language of business communication. Currently, the local language content in digital ecosystem is less than 0.01%. Even if a user wants to read, write or transact online in their language, they can’t do it without the help of English language because we still don’t have sites or social networking medium which are completely in local language. So, it is very difficult for a pure non-English user to go online and search for data of his interest. Though some popular e – comm sites provide local language options to their customers but once the product has been selected and bought, the payment and product tracking part of the transaction is in English. Some estimates say that there are around 3.5 Billion users in India, Middle East and Africa whose language have limited presence in the internet.

But when Arvind and his co-founders started Reverie, such comprehensive data was not available to them because local language technology or solutions were on no one’s priority list and there was no precedent as such a problem was never addressed before. It was through their informal network of colleagues and friends across many industries that they knew local language space is going to experience a big demand from the end consumers and derived on a few conclusions whose validation will put a seal of success on Reverie’s business idea. These were:

1) Mobile phones lacked a delightful local language experience because they were being designed for English speaking users. Thus, Reverie started working with mobile phone manufacturers in the beginning. Top brands like Micromax, Karbonn, Spice, Celkon started launching smartphones with local language features. The biggest success that the company saw was Unite 2 which was launched last year by Micromax. It is India’s first phone with 21 language support powered by Reverie. The Unite 2 success can be measured from the fact since its launch it has been selling 2,00,000 units per month while any other popular phone in the same category without language features sells 1,00,000 units in 3-4 months. Some experts even believe that success of Unite 2 was the main reason behind Micromax dethroning Samsung in the smartphone segment in India.

2) The problem of English cannot be treated as a language or a technology problem but it is a user centric challenge which restricts users from accessing the content in their local languages. The team created a platform for content creation, content discovery, interactivity, search and whatever is possible in English coupled with analytics. Reverie recently launched a multi-lingual keypad Swalekh. This keypad allows users to type in native, phonetic and macaronic mode which essentially means that one can type in their own language or if they don’t know how to type in their language script, they can use phonetic mode where a user types in English and text automatically gets converted into their chosen language. Or one can use macaronic mode to use multiple languages while composing a single message. The keypad launched in January this year has already crossed 40,000 downloads in Google Play Store.

The team at Reverie took more than a year to come up with their first product and went commercial in 2011. When they first approached mobile handsets makers, they faced multiple challenges like – Is their a need to give local language features, will users accept it? If yes, would numbers justify the investment into this technology for companies. The team had their task cut out – they have make their prospective clients aware about the inequality of languages in digital world and how giving local language option to their consumers, can actually drive not only sales but fuel their business growing and even establish themselves as differentiators in their business segments.

As expected, Reverie’s efforts started to show results soon where clients actually received positive feedback from their customers and demand for local language enabled phones started to increase. Arvind Pani, Co-founder and CEO, Reverie, says, “For some customers, we undertook a pilot by enabling their devices with one or two popular languages and when they saw impressive results, they realised that local language features in their devices will further drive the demand for their products.” Now, we have clients who started with one language now have licensed 35 languages from us, he adds.

How to approach a prospective client?

Arvind describes an ideal world scenario of approaching a prospective client. Either one can make contact through the marketing department of the company because the marketing team is always on a lookout for business solutions that will help them differentiate their company from the competition or one can also approach the technology team of the company whose focus is to understand the other company’s technical framework and technical compatibility between both the companies. In either of the scenarios, both the departments have a say in bringing an external company on board to power their devices with language features apart from other departments who get involved at a later stage. However, if an inbound requests come from either tech or marketing department, the time taken to close the deal automatically comes down as the request is sent after thorough due diligence at the prospective clients’ end. All they expect from the other company is design a product or a solution that will fit seamlessly with their current framework.

Arvind points out that acquiring first customer in any business segment will always have a longer decision making cycle. This could be 9 – 12 months long. However, once a customer comes onboard, the decision cycle for other customers in the same business segment comes down drastically to even a month in some cases.

Reverie provides its services via a cloud platform which enables clients to plug n play local language platform on their devices without altering any design. Arvind says that they want to ensure that powering of devices with local language shouldn’t hamper clients’ focus from their core competency. Thats why they tell their clients to leave language related implementation to the Reverie team while they build on their core functions. The team performs multiple tests on performance, fonts appearance, user experience related parameters and then certify if the solution is good-to-go. This is done to ensure a glitch-free device roll out.

The marketing team at Reverie adopts a combination of traditional and non-traditional approach to reach out to a prospective client. These techniques include cold calling, reaching out prospective clients via Linkedin, attending events and networking. All this is supported by digital marketing campaigns which have resulted in increased inbound leads and have rubbed off on the brand image of the company too in a positive way.

The company employs around 30 people and is projecting a growth to 45 people in 6 months’ time. They have more than 200 Million devices that carry their software in 35 languages. The company expects to ship 500 million devices with their application and are expecting to grow to around 300 Million users in cloud in the next one and a half years. Some of Reverie’s product are pre-loaded onto smartphones and tablets. One of the key product is Reverie Phonobook – which allows a user to store and edit their phonebook enteries in their preferred local language. This app has more than  6 million activations so far. Swalekh, too, has seen users searched more than 7 million words in one and a half month of its launch.

The company has won several prestigious awards too. The turning point in Reverie’s journey was winning the India chapter of 2011 Q-Prize organised by Qualcomm. The company won $1,00,000 which helped them to take their product to the market. Over the years, Reverie has won Nasscom League of 10 in 2013, mbillionth award for the best local language solution in South East Asia in 2013. They are also winners of Microsoft BizSpark and were featured in YourStory Techsparks and are also shortlisted for iSpirit InTech50 for 2015.

Reverie Language Technologies has raised $4 million in series A investments from Aspada Investment Company and Qualcomm Ventures. They plan to use these funds to provide customers a 10x growth in their business through real- time language localization. Reverie is looking at expanding its reach to Middle East and South East Asia as well as adding more customers in online commerce, social messaging applications, marketplaces, banking and financial services, digital India government initiatives, and enterprise software. The funds will help in continuous innovation in Reverie’s cloud-based Language-as-a-Service platform that covers text, image, and voice technologies in multilingual search and interaction.

The investment shall also boost Reverie’s initiative of democratizing the creation of multilingual apps as it looks to extend its language platform to over 10,000 local language app developers over the next 12 to 18 months.

Founders should go out and sell

Engage with potential customers as early as possible 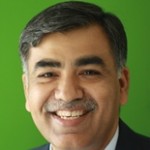