Bhaskar Venkatraman comes with 20 plus years of work experience. He started his career as an accountant but moved quickly into sales. He joined Epson India and he moved into sales within one year to handle the POS printers in India as they were looking at one person to handle the business exclusively and that is the beginning of his tryst with POS. He came out of Epson as Regional Manager – South handling all of their products after 7 years of his experience there. By that time, his cousin had set up Millennium Softech in the business of POS products distribution in India and Bhaskar joined him and re-located to Delhi in 2002 and been there since then. The POS products were very niche as not many of the customers in India knew what it was during those times. They had to first get into educating the customers, showed demos and compared that with high priced printers and had to convince them on the value proposition and the sales cycle was very long. Bhaskar says with pride that they are perhaps the company working with a huge network of dealers in india.

They sold the Point of Sales experience as the equipment they sell goes into Billing, Inventory tracking & control, CRM etc. They decided to sell the best products suited for the market at that time and chose the top 5 global companies such as Epson for Point of Sale Printers, Honeywell for Bar Code Scanners, Posiflex for Terminals & Peripherals, Toshiba for Bar Code Printers & Casio for Electronic Cash Registers. These products do not compete but compliment each other so much so that when combined together, they make the best POS solution for a customer.

Since the products were from great companies, selling was relatively easy as long as the retail customers knew what they wanted. He had to do a lot of selling for those customers who were not aware and the market was also a bit nascent. Bhaskar recalls the multi fold objections he faced during those days of selling. The concept of POS was not prevalent in India. They were getting small deals where his customers were piloting the concept in one or two locations and this was not a scalable one. He recalls of acquiring the first Corporate customer during Epson times, when there was a big advt for their printers in a leading newspaper about their Thermal printer and an enquiry came in from a corporate customer for a thermal printer. He went and met the buyers and they began talking about the printer. During the course of the discussions, he began questioning them on why they wanted this printer and which terminal are they planning to use with it and how many locations are they going to implement it and realized that they just wanted this for one location. He began taking about the entire POS solution and how this will be useful in the retail industry and offered to do a study. He began talking about how POS will be useful and did a cost benefit analysis and convinced them to pick up a POS solution with an investment of INR 1.3 lakhs per machine with 20 machines in each location and did a lot of convincing on the concept. After multiple meetings, the team got sold on the solution but he had to do a lot of convincing in terms of the support, implementation and deliverables etc to get the go ahead and got his first corporate deal signed up nationwide.  Bhaskar talks about the deals with small retailers where the challenges were very high as they were questioning the concept of POS and ask why they should spend double the money compared to the printers they had as the concept was unknown in the market.

Bhaskar uses this even today before the team meets the main person in a large retailer. They map how many transactions they do, how many counters they have, how many locations and speaks to the people to find out frequency of failures they have and then fixes a meeting with the IT chief or the Owners. They never propose just about the products, but talks about the problems only and suggests the solution to fix the problem areas. They give some options the customer can try and have always found it great way to penetrate. They always convince the retailers on the cost benefits of saving on papers, space requirements, power consumption, speed of print and finally the noise of the conventional big sized Dot matrix printers which will cause inconvenience to the customers. The business grew very well and they have direct offices in about six cities and also have a vast dedicated dealer network spanning across India.

They also knew the market for retail was growing rapidly and they thought that they should keep pace with the market growth and realized that setting up offices all over India will involve a huge investment and also will involve lots of monitoring of the sales team before setting eyes on ROI. India was also talking about e-commerce and they began thinking about it and felt that this will be the easiest way to scale because it was not involving loads of investment but can give a reach beyond the existing brick and mortar set up. The awareness of these products were also very low in India where only less than 5% of the market is organized & automated and they felt that internet will be the best way to reach out to this market. When that thought came into the place, he wanted to select the products to sell. He wanted to give the customers to have various products at various price points to suit their needs and budget.  He brought in all the POS manufacturers in India on this platform with a motto of “Putting Customer First” and left the choice with the customer to buy. The site was launched in April 2014.

They were debating if they should add POS to their domain name but felt that it would be restrictive for future categories and hence they decided to brand it in a generic name of transaction and the name of Justransact was chosen. The portal was started as an Infomediary to provide information for the customers to view the options in front of them. There was no option to purchase the products but the leads were solicited on mail or over a call on their toll free number. The site received lots of enquiries which they passed on to the brands or their intermediaries but they got the feedback that most of those companies did not get back to the people who showed interest and hence they started e-commerce earlier than they thought they will.

On Marketing, since they were investing their own money and they could not go all out to spend too much and hence they selectively used Google Adwords as a way to promote their products. Since they were in business for a long time, they had acquired a massive database of 3 lakh email ids that included Systems Integrators, Dealers and end customers. They send the mails once a week on what the latest offers and also take part in trade shows to gain visibility and share what the portal does. They work only on vertical specific solutions and participate in those vertical trade shows & exhibitions. They also have engaged a PR agency to talk reach the portal capabilities in these vertical specific media.

Since Bhaskar was in the POS business for so many years, he had lots of experience in selling similar solutions and had lots of knowledge in the buying behavior of every retailer. He sat down and extrapolated his knowledge and got that into a document and began writing those as parts of an automated solution to take the customers through a buying process. Since every retailer requirements vary from the other, he designed the automated solution from the perspective of the most naïve retailer who can still come in and use that to buy without the dependency of any sales person. All he needed to do was to log in, configure his needs, see the options of multiple brands of the products that were available to suit his needs, compare the features & price options and buy. Bhaskar says that the process is the unfair advantage the site has as he has mapped the entire retail experience of meeting with a trained sales person into an automated buying process. As an add-on, they have also enabled chat facility with people and also has a toll free number with people dedicated to support the customers. They provide lots of videos of products, brochures, comparison of products to help people buy.

Bhaskar’s Advice to early stage founders – This is a great time to start. He regrets every day that if he had this kind of support infrastructure & opportunities for entrepreneurs in those days, he would have made it big.  This is a huge opportunity which one needs to take a big chance on he encourages lots of young people to start.

Justransact acquires 400 to 500 unique users visiting them on a daily basis and has 300 registered plus members. They won the Best Online Retail Launch Site award by Asia Retail Conference. They are Bootstrapped. They want to make JusTransact the largest technology e-commerce portal in India is the next few years. 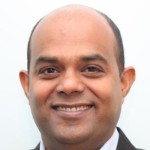 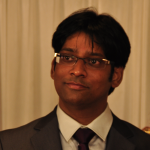