Sumeet Kapur (Founder & CEO of EmployWise has been an entrepreneur for more than 25 years He built a software product – Smile CRM way back in 1998 and launched it as the first cloud software out of India in 2001. This product became very popular and won several marquee customers in the market.\

The success of the CRM product promoted him to work on the HR product SmileERM in 2003. He understood that HR automation was not a big area and most of the software in that space came only from an ERP pedigree. The basics of ERP has evolved from Material Management and Manufacturing which deals with inanimate objects but a HR solution should deal with people and the software has to be written with that paradigm. With that perspective and having learnt a lot in the CRM space in managing the sales process and prospects for close to 15 years, he wanted to bring the CRM learnings into the HR automation space. He also understood that HR Automation will become a big area in the next few years and wanted to be ahead of the crowd and began building the product.

Smiles ERM was re-written for multi-tenant cloud delivery and launched as EmployWise in 2011.

He did not believe in making the product in isolation but wanted to make the product along with the customer needs. He understood the needs of the customers, use cases and built a base product and took it to the market. He interacted closely with his customers and observed the products usage and began building additional features based on the customers feedback.

Back in 2003 the ‘waterfall’ model was still predominant for product development and so the base product was built before going to customers. He went to known people in companies across verticals but those that had knowledge workers who were paid much higher than the shop floor manufacturing employees as his target audience.

He decided not to follow the traditional model of selling – going after verticals and segments. Instead, he went after people who were influenced by the technology adoption curve. He went after Innovators – CEO, HR heads where the innovators want to make a change in their business. He began mapping people based on their behavioural profile by talking to them on change and measuring the way they emote the same frequency. He also figured out that these innovators did not ask him on how big he was but spoke about what can be done as they were looking for a partner who they can run along with.

Because of the approach mentioned above, he began getting deals straightaway and also ensured that he got advance for his deals. He believed that only a founder can sell the new product with passion and the right way and he went to the market all by himself to sell. He began discussing with his prospects, understood their pain points, validated the value proposition , demonstrated the benefits, made them use the product and got them to buy it. He gradually built the HR product which automated the entire gamut of Hire to Retire cycle. Since it was one of the pioneer products in the market and that too in cloud catering to a small use case, he was easily able to validate it in a short time. He built the entire application in small chunks because it will be difficult to validate a new product if the scope will cover the entire automation and customers will take a lot of time to decide. He got a lot of feedback from his customers but he was very choosy about the people he took the feedback seriously. He knew that if he began taking everyone’s feedback it will ruin the product as he will be all over the place. Customers also will dominate you because they know that you are vulnerable

Sumeet’s Advice to startup founders – If you want to go after enterprise customers then you have to pick the right set of customers. You will know them only by speaking to people. Always do a good service and keep your customers very happy because that will help you earn a reputation and they will introduce you to someone else or they will talk about you to others and they will reach out to you.

Employwise today has around 25 employees building the product and has been deployed by close to 200 customers and hosts around 100,000 employee records.

EmployWise is a boot-strapped company and was recently felicitated by iSPIRT among the leading bootstrapped product software startups of India. 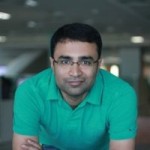 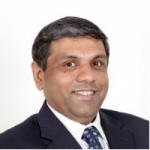 Align with a strong partner and build your organization