Varun Chandran founded Corporate360 in 2012 in Singapore. Varun comes from a technology selling background of close to a decade with companies such as SAP & Oracle in India, US & SINGAPORE.

He relied extensively on various CRM and Marketing Automation tools for his job. There was massive amount of data collected from various sources in those tools, which was used for sales efforts. However the main problem was the difficulties to discover relevant and actionable prospects intelligence. Marketing database was getting obsolete faster and there was no means to maintain the data accuracy. A lot of time was spent on manual sales research. Most of the inbound leads were also talking with competitors. With the explosion of digital data in public domains, Varun decided to explore data mining techniques to proactively track his prospects and customers online. This opened up several disruptive ideas to use BigData technologies to discover buyer’s persona, competitive intelligence, sales patterns and sales signals. He built a scratchy version of the app and shared it with his teammates and found it working. He realized the potential of an addressable market.   His ex boss encouraged him to start a company with the product.

Varun had found a problem in a specific segment. He was in the technology industry himself and had stumbled upon a huge problem that every technology sales person faces – to find actionable sales leads before competition does. Having faced the problem himself, he knew what sort of insights on the markets, customers, competitors and the prospects he would want to have with him to help win deals. He put himself in the shoes of his ideal customer and figured out what will make sense for them and began building the products features accordingly. He wanted to build industry specific products and grow the business to a certain size. Varun says that 50% of what he started off still continues as the core of their products. They continue to make changes and enhance their products based on customer feed back, market trends, competitor products and new innovations.

When he went to the market, he found several gaps in the marketing information and sales acceleration industry. Most of the vendors were following decades old legacy data re-selling approach. They were not adding any meaningful value. He went into an innovative mode to leverage the evolving technologies around Big Data, Data Science and Machine Learning to build the products. His initial plan was to build disruptive products for a certain segment, build the company within that segment and grow it to a certain size. Such an approach allowed him to give an exclusive focus on selective use-cases to come out with an industry specific data platform. The key thing that he leveraged was his experience in technology sales and marketing process. With the first product as base, they applied the same fundamentals to develop other products and package for different use-cases in different industries.

To begin with, Varun made a monthly sales campaign plan for a period of 3 quarters. He built a specific target prospects list of 50 companies to go after by himself. He mapped the key decision maker contacts within these companies and began reaching them through email. He started off with email messages seeking feedback on the problem they are facing and the idea of his product to solve them. Varun made sure that there was no sales pitch in his messages. Simultaneously, he started writing contextual blogs. He says that the sharing of information through thought leadership content made him build traction. Once he got a hang of different reach-out mechanism & messaging approach and perfected it, he increased his target base to 500 contacts and began sharing the concept with them, offering trial period. Many of the idea sharing approach became conversations, which progressed to constructive exchanges about his products and quickly became pilot contracts.

The company hit quarter-of-a-million dollars in revenue in the first year. Once the initial testing phase and product validation was over, they improvised to a new website, launched product videos and started branding activities through social media channels and email marketing campaigns. Varun says that almost 70% of their sales is done by Join.me, Phone and Inside sales. The remaining 30% happens through field sales.

Varun says that they focus on identifying customer problems and also in identifying the segment of potential users who will need his product. He says that they spent time on studying their prospects business and pitch to them in their language. Three weeks into the business, Varun remembers, he got the first customer contract of USD 500. He says that the only thing he did was to send an account-based email, seeking their feedback on the product. He made the changes they suggested and the customer signed up immediately. They are still one of the loyal customers till date.

Another customer engagement was through a reference. Client signed up for a pilot in Japan, word passed around internally which helped to win contracts for 3 more countries in Asia. The client team experienced measurable results from our products and was pleased with our prompt customer support. Four months later, the Forbes listed company signed up for a global contract of 4000 users, supporting marketing efforts in 30 countries. We replaced an incumbent legacy vendor of 12yrs and helped the client save 4 million dollars in marketing budget saving, with more data & more insights.

Varun, armed with the few pilot customers, hired some freelancers in India, Philippines and in the US to develop the evolving product. The goal was to build a global startup from day-1. Since he was not funded, he had to keep the operating cost low and balanced. He re-invested profits back into the business to hire talent and set up a global team leveraging talent availability in emerging markets such as India & Philippines. Soon he started delegating product and operations management to his leadership team and began spending time on Sales & Marketing. He spent most of his time to expand his reach out to prospective targets and create contextual, use-case based messaging.

Varun says that he spends a lot of time learning about their prospects; their roles & responsibilities and laser focus on how he can help them and make them successful. He prepared messages that are suggestive in nature with best practices and guidance for his customers. Varun says that certain times, his messages were appreciated to the point that some of his clients would refer to their own sales teams for campaign approach. Varun allowed the prospects to do pilots in order to reduce the initial buying resistance and builds confidence to take smaller deals and grow the business eventually.

They tried a soft fund raising plan in 2014 but decided to hold on to it for now. Varun says – “The moment you raise money, you are no longer the boss. That changes many things in what your perception of running your own business is. For now, I like to believe that the best businesses in the world, at least for me, are the ones that don’t take a dime from anyone. It’s a great feeling to run a debt free yet profitable business with cash liquidity on hand, it’s the real deal and every day is good. I can take two weeks off to Bali or Maldives and work from there because I am the boss”.

To deal with this, they had to prove as thought leaders. With over 10 yrs of experience in the technology industry, demonstrating domain expertise and speaking client’s language came handy and helped him to overcome. He informed people on things they should do to address the problems they might be facing. He positions himself with them as being one of them in his past career who experienced the same pain and has come out with solutions to solve a problem that he faced himself.  Unlike other competitors tried to sell hard, he shared knowledge, which built trust.

Varun remembers this was a tough one.  They had to do all kind of account profiling activities to address such roadblocks. Identifying key decision makers and influencers early on during sales cycle helped to build multiple relationships. Building a pool of referable customer base and incentivizing them was a significant step. He remembers, sometimes even ended up lecturing middle level managers about globalization and referring them to the book ‘the world is flat’ by Thomas Friedman. He took examples of global brands such as Apple, Intel, IBM  as case studies in leveraging global talent that resulted in innovating game changing products in his conversations.

One thing he could have done better

Varun says that they could have done better in a couple of sales engagements during early days. As an entrepreneur, naturally you will love your company and you may be passionate about your products. But you may not want to bring emotions in selling. There is all kind of people out there you need to deal with when trying to make a sale. Some may be appreciative & collaborative, some may be neutral and some may be totally surprising no matter how good your products are. Sales engagements are very situational and many at times you will ride on a thin line. You don’t get to go back in time and have do-overs in life. I would have hoped for better approach in dealing with several situations including emotional selling tactics by maintaining intelligent composure during early part of our journey.

Find problems that can be solved. Build products that are desirable and can be used by masses. Design it for global scale. Hire the best talent – not for cash but for learning. Build short-mid-long-term plans. Track progress and Improvise. Build a positive environment around you.

There is a big world out there with opportunities for education, learning and entrepreneurship. Learn well to communicate, behave and work. Build life on your own. Consider entrepreneurship is for satisfaction, happiness and to make a difference. Believe in yourself and work faster.

Every day is a new start, get up and start fresh, keep going.

The company employs 35 full time employees in 5 countries. They have won over 400 customer deals with around 90 recurring customer contracts from 15 countries. The company has reported 140% YOY growth in terms of revenue and new customer wins and is targeting to reach USD 10Mn in revenue by 2018. Their products won the Stevie Award for Best Lead Generation Solution and New Marketing Product – one of the prestigious international awards for Sales & Marketing. They are happily Bootstrapped and profitable. 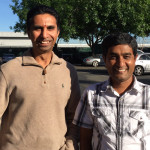 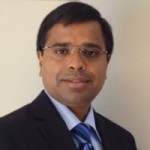 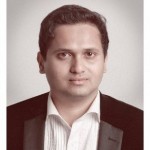 Experiment-Learn from Mistakes – Improvise – Scale out