Arijit Bhattacharyya Founded VirtualInfocom. He came from a family that had no business background. He used to listen about various corporate aspects through his father and was inspired by stories of Tata, Birla and Ambani who created lots of companies and hence jobs and wealth for others. He was always thinking if he can do something like this even thoug he did not know how to do it. He was an artist and used to draw lots of cartoon characters and since his 5th standard and he created characters and made comics.

He used to make comics in my history classes. he used to draw characters and create stories during history class and during break time. He is a good student in science and his passion was to make colors from natural objects like flowers and leaves . He used to make them in school chemistry lab.. The idea of merging technology, arts and culture came in his mind. He also had a lot of Sanskrit and Holy Books and had the passion of finding the roots between Hindu, Sindhu and Mayan culture. Finding the deep reason about religion. In 1998, after his school, he took a decision to take Economics( to learn the commercial aspects ) with Maths and Statistics instead of going in for Engineering. In his college days, he used to teach how to create characters and coding to the B-Tech Students with his computer (128Mb RAM and 10 GB HDD).

Since he was a passionate artist, he decided to create an animated movie. After an year of asking lots of people about getting an opportunity, he decided that he was way ahead of time in Calcutta and went to the movie industry to ask for character creating opportunities but got rejected continuously. After a while, he realized that he will not be able to move forward without a team. He began looking for a team and began talking to various artists and good programmers in his institute and hired them. In the interest of making money, he began building small piece of animation and began making some money to pay his salary and expenses. The animation market in 1998 was very early and people did not have too much of an idea on game development and the market was not ready to understand the structure of the industry. Instead of solving the gap, he began educating people through games that they don’t have to understand but can watch and play the animation and can learn something out of it.

He was able to increase the IQ level with his scientific games or increase in knowledge with his mythological games. For banking games, they give the end client the feeling that they need these types of solutions by giving them a funny game and make them play it in the virtual world and they will realize the challenges in their job through this module. The clients began coming in for the gaming business and his idea gradually gave him the revenue. Arijit, after sometime began increasing the no. of resellers for his products. He was out-going and connected with them , spoke to them and gave them some small opportunities and evaluated them. If they show deep interest in his business, then he took them in for the long haul and cut them short if they only wanted money as he knew that these types of resellers will only kill the business.

He got his first big break in 2002 (4 years after he started his business) which was an outsourcing animation order from Delhi which was a Manga based animation. He was aggressive and said yes to all the terms that the client said in order to get his first deal and got it. He realized that he was staring into a huge problem now in delivery. He had to finish this within a certain amount of time. He calculate the time that is needed with his six employees and found that there was no match to doing this within this time. He thought through an idea and he wrote a program within 15 to 20 days (a plugin) which converts 24 frames to 8 frames (24 pictures to display an one second output) which shortened his time to develop and to deliver. He bought the machines and the software and delivered the end product on time by not hiring more people but to automating the process and reducing the time.

To scale, he made a marketing plan, funding plan and a product delivery plan and hired his team accordingly. With small clients giving continuous business, he decided to go after big companies and he is proud that he is a partner for Intel , Nokia, Opera, Moga etc . Arijit has four divisions – Gaming, Animation, Comics Development and Training. On keeping the customers satisfied, he never take orders that he can’t chew. He does the current project well on game development, comics and then would go to the other because of the focus that is required in each project. He will of course do simultaneous projects on Animation. Once he figured out the methodology of training and placing his students, he went in for a Franchises Model and carefully chose the franchisees with a good education background and market understanding with lots of local connections.

Arijit’s Advice to early stage founders – Every startup structure is different. If you are into IT services, do not take any project at any size and set yourself up for failure in your early days. Price it in such a way so that you make your money and be profitable to give good services. There should be a strong team with good people in our organization. These people can build the organization from one level to another level, Don’t necessarily look out for super stars but look for normal people who are dedicated to your concept as that is the only way things will work. On Sales people, he says that this should not be given anyone else until you reach a level because you are giving your idea and your customers away to someone else and that may not always work.

VirtualInfocom (https://www.virtualinfocom.com//), has around 327 co-workers and his game has been downloaded by 5 Crore users from multiple app stores. They won the Innovation and Creativity award by CMO council in 2012 and the star enterprise of the year in 2011 , and been featured as one of the top 10 companies by Red Herring He is personally been a judge in Dare to be Digital game development competition since 2008. His training institute has trained around 15000 users and they have expanded to other countries like Nigeria, Arabia and other countries. The education wing has got on line training module as well as offline training module. In the product development segment, they are working on new innovative products and games. They have done West Bengal’s first game, first Indian folk take based game etc.

Arijit contributes personally to the entrepreneur ecosystem by being a Charter Member of TiE Kolkata and also being the EC committee of ELMA, Dreamers an active animation pro group. He helps startups and mentor people from MSME and SME sector.

Assess your customers pain points to make a product for the global audience.
Anticipate your market move and pivot
Be aligned to the vision but be grounded with an activity
Aligning with a partner to see volume growth
Facebook0Tweet0Pin0LinkedIn0Email0 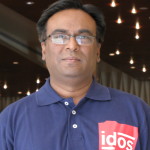 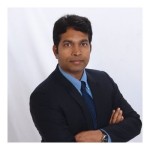 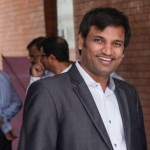