A.S.Rajagopal founded NxtGen Datacenter along with V. Kannan, Viral Thakar, Bhaskar Varma, Ritesh Khandelwal, D.Satyamoorthy and Sadashiv Prasad in 2013. While setting up a subsidiary of Tulip Telecom, Raj convinced the entire team to quit their big jobs and join Tulip. Post Tulip, they all aspired to start something on their own and that motivated them to join hands once more at NxtGen.

They chose the Data Center related business as they believed that there was a lot of opportunity. As this was an Infrastructure As A Service, it required lots of staying power in terms of funds. They knew that this cannot be done through savings of 25 years of salary to start and hence began raising funds. They approached their friends and family to take funds to set up an office for their data centre and collected around INR  13 Crores from them. This was more like a loan than like an angel round but their friends were confident about the team to succeed and hence helped them. With this amount, they set up a 16,000sqft office in whitefield and acquired land to set up their datacentre and began working on building services to take to market.

Since, DataCentre business is investment heavy and takes 2 to 3 years of time to make money, they could not want to wait for that kind of timelines. They began looking at the layers above the datacentre layer and to get complimentary business and began talking to customers on how they can add value.

Raj talks about his first customer – Reliance Entertainment. He has been selling multiple products/services to the same customers for over 20 years. They did some study together and Reliance realized that they had some issues and the answer to that was CLOUD. Of the funding of  13 Crores, they had spsent around 7.5 Crores  on land and used the difference to build a cloud platform to move Reliance’s Physical Infrastcuture from Mumbai to a virtual infrastructure. This got them an order book of INR 11 Crores.

Raj also says that a Datacenter is a place where you host your critical infrastructure where investments and skills are required to run the equipment 24/7 and to have a stable equipment to run without failures. Customers don’t necessarily look to get a DataCenter eventhough it is a critical one but wants an Infrastructure problem to be solved. They want to do digital business without buying IT  hardware and want to be able to access infrastructure on-demand to run their applications.

As DC service provider, NxtGen needs to build trust in a company to host their data which is like a bank. In the digital era, data is more valuable than money, customers expect trust and that credibility is built over a period of time, Since the core team had worked with these customers for a long time, they were able to leverage the credibility over time and converted this into sales. Raj says that the first few customers were only people that they had known in the past.

They invested heavily into advertising on a national level to build a brand and the trust with the customers. Raj talks about his first deal when this was an account that no one knew in their team knew – Prime Focus. They got a lead that the prospect is buying huge amount of storage space that lead Raj to think that they might need hardware and a datacentre. This was a Cold-Call and a meeting with the CIO was fixed and three founders from NxtGen landed there and engaged with core team and the tech team.

Since they had begun as a datacentre and had begun selling cloud solutions to generate cashflows without having to wait for a long time, they positioned their services differently. They educated the customer by telling them not to contemplate any decisions that can be recovered over a 5 to 7 year period because that would lead them to compromise on many things and presented how NxtGen grew 13 times over three years with complimentary services and suggested the same model. His approach of presenting the investments in a datacentre should be made on ability to build nstead of building it based on business projections and the tagline of  Investment on demand, stuck a chord with Prime Focus and they began evaluating NxtGen very seriously. Raj recollects that the entire deal took around 9 months to close, but they got the deal which is a referencable account for them today

Raj’s advice to the startup founders – Focus on getting customers and everything else falls in place. He sees lots of founders planning business around a product, but Raj asks them to plan the business around customers. This will make you understand who you have to speak with, what you will have to speak , learn and improve the product. NxtGen team constantly learns from customers rather than telling customers that this is what they would need. If you sustain credibility in the market, lots of things will happen. As you build a business, your ideas will change but pivot around the customers and not the idea. Also plan for cash flow because if the customer decisions gets delayed, it will be difficult for you to plan for salaries and hence you cannot focus on business. For a recurring business, you will need to add people as you feel a bit comfortable, but if you don’t have funds you will not be able to execute big orders because you will not be able to scale and hence you will fail.

NxtGen (https://nxtgen.com/), today has around 105 people in the team and has around 1000 customers. They have raised a VC round with Intel Capital. Gartner recognised NxtGen  as Cool Vendor of 2014 and are one of the  16 worldwide partners for Intel on cloud. They were Microsoft national hosting partner for last year. NxtGen has also infrastructure and operations certifications like SAP which made them the first in India and  6th company worldwide. They host the top 4 of the ten games and their servers held more than million users concurrently on peak days

Educate your customers - Don’t sell to them
Assess your customers pain points to make a product for the global audience.
Facebook0Tweet0Pin0LinkedIn0Email0 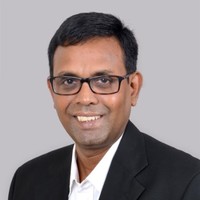 Assess your customers pain points to make a product for the global audience. 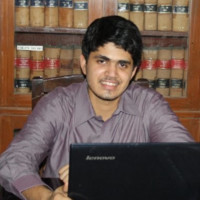 Educate your customers – Don’t sell to them